What to Expect During the 2022 Mosquito Season in Northern Virginia 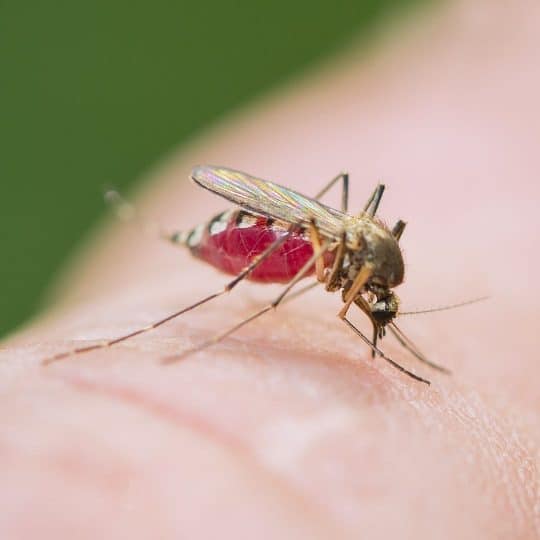 Now that April is here, mosquitoes will start emerging in Gainesville, Bristow, Haymarket, and other cities in Northern Virginia. Their numbers – and subsequent potential for bites and mosquito borne illness – are likely to increase rapidly over the next few months as temperatures rise.

Based on current conditions and the forecasts for the upcoming months, this is what you can expect from mosquitoes this season and the ideas you can use to keep them at bay.

The standard timeline for mosquitoes in Virginia is April to late September or early October, depending on when temperatures start cooling down. Mosquitoes are active at over 50 degrees and begin to breed at their most rapid pace in temperatures above 70 degrees. During this time, a single female mosquito can lead to as many as 100 new adult mosquitoes almost every week.

Mosquitoes also rely on humidity, and the rainy season and moisture in Virginia in the summer is ideal for them.

But with mosquito behavior that is so closely tied to environmental conditions, the weather of the past winter and the expected forecasts this summer will play a large part in mosquito numbers this year.

In the past winter, North America experienced a La Nina which led to a warmer than usual winter in Northern Virginia. As a result, it is likely that mosquitoes will begin to emerge earlier this year and more quickly overwhelm local homes.

This summer is expected to be especially warm as well, which will continue that high level of mosquito activity until the end of the season. But one positive, at least when it comes to mosquitoes, is that meteorologists are predicting a drier than average summer as well. With less humidity this will hopefully provide some relief in dealing with mosquitoes.

For the most part, mosquitos in summer 2022 are expected to be at least as bad or worse than they were last summer, following the trend of the past few years as summers in general have become warmer and the resilient Asian tiger mosquito continues to increase their presence in the local area.

Knowing that this summer’s mosquito season is likely to be intense, here are some steps you should take now:

With mosquitoes already starting to become active, taking these actions will significantly reduce the number of mosquitoes ready to bite your home regardless of the weather. If you are dreading this summer’s mosquito swarms, contact ExtermPRO to learn more about our mosquito abatement services.