Bald-Faced vs European Hornet: Which Do You Have? 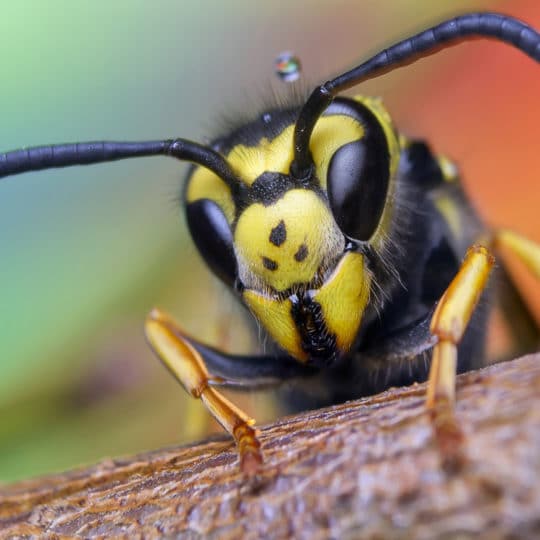 No matter the type of hornet that inhabits your space, they’re not a pest you want to run into. In Virginia, the most common are the bald-faced and European. Do you know which one you’re dealing with?

Appearance: They are black and white, hence their “bald” name and also have three white stripes on their body. Workers are covered in small hairs.

Signs: This stinging insect creates a hanging, papery nest. Of course, spotting many is a clear sign of a problem.

Danger: Bald-faced hornets give a painful sting that can create a lump that lasts for about 24 hours. Like other insects, some people are allergic to the venom released, and they may need to seek medical attention.

Appearance: This hornet looks more like the stinging insects you’re used to seeing. It has a brown body with yellow stripes, but they are larger than most others.

Signs: Like other stinging insects, spotting this one is usually the first sign of a problem. Nests that are out in the open have a papery shell, while those covered by structures will have that honeycomb look.

Danger: Hornets can sting multiple times during an attack, leaving the victim in extreme pain.

Get Rid of Stinging Insects with Help from ExtermPRO

We know the ins and outs of stinging insect control in Northern Virginia. Call us today at 571-620-1168