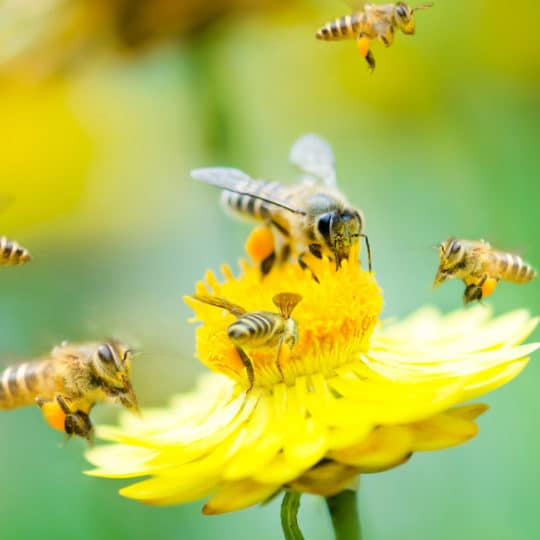 You’ve heard it over and over again: bee populations are declining and in need of protection. The bumble bee alone polinates 1/3 of the continent’s plants, including crops, so it’s an important concern. What’s the truth? Are bees endangered, or should we be grateful to see fewer bees?

The United States is home to 4,000 species of bees. A few of these species are endangered. On March 21, 2017, the U.S. Fish and Wildlife Service officially added a bumble bee species known as the rusty patched bumblebee to the endangered species list. This was the first bee in the continental United States added to the list as endangered, shortly followed by seven species of Hawaiian bee.

The rusty patched bumble bee population has fallen approximately 90% since the 1990s. What happened? Scientists theorize contributors include:

The Endangered Species Act puts regulations in place that restrict certain activities to prevent more bees from being harmed purposefully. The government is now obligated to put a recovery plan in action designed to prevent extinction. You can help by relocating hives rather than eliminating them.

Whether you consider stinging pests friends or foes, we’re here to help.

Bumble bees are one stinging insect you should no longer consider a pest. We know how to responsibly relocate bumble bees and how to kick their dangerous cousins out for good. Learn about our stinging pest services and give us a call today a 571-620-1168 for a free quote.