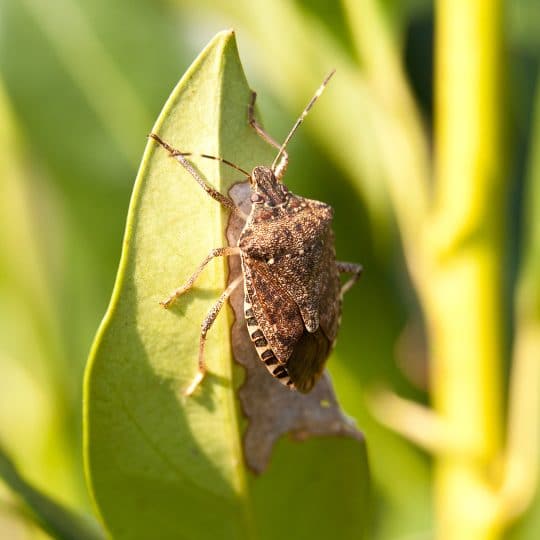 This is the time of year for stink bugs. The cooling temperatures push stink bugs to move indoors where they quickly become a nuisance in your home. They are harmless insects, but the smell they release is unpleasant and having a large number of bugs living in your home is always going to be a hassle.

Stink bugs have an oval shape and are usually brown or grey. The smell that gives them their name is a defense mechanism the stink bug uses to warn off predators when it feels threatened or is being attacked. The odor can then attract more bugs. Squishing a stink bug will also release this odor, so it can be hard to control the bugs once they get inside.

How to Keep Stink Bugs Out

The best way to deal with stink bugs is to stop them from getting into your home. This means you never have their odors. Some ways to prevent stink bugs include:

If stink bugs are already inside, you will need to be strategic about removing them without attracting more. Vacuuming up stink bugs is an effective way to get rid of any you can see. Another technique is to hang a damp towel over the back of the chair. The moisture will attract the bugs, and you can remove it or at least keep bugs in place until a professional pest control company gets there.

A pest control company in Virginia removes stink bugs, but can also stop them from becoming a problem in the first place. Seasonal pest control at ExtermPRO can apply treatment around the perimeter of your home that prevents stink bugs from crossing over. For extra help keeping your home safe this winter, set up a pest control appointment with our team.