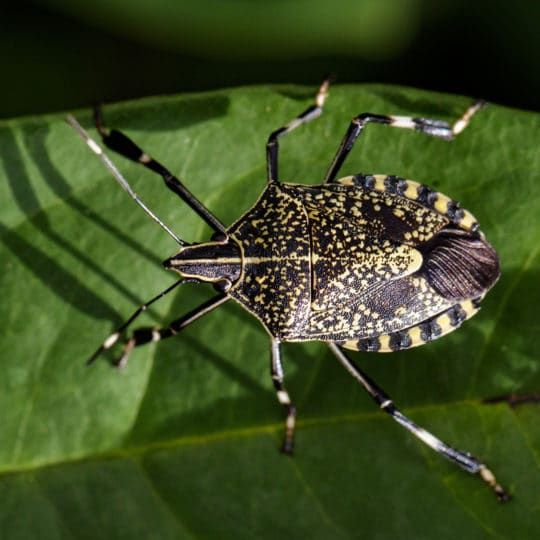 Stink bugs are a common foe in the area, especially from March until early fall. Whenever something enters your space, it’s important to know if there’s a chance it could harm you, your kids, or your pets. Luckily, besides the smell, stink bugs aren’t very threatening.

They Do Not Bite or Sting

Not humans. Their mouths aren’t structured in a way that enables them to pierce, sting, or bite through human skin. They only things they munch on are plants to get the nutritious juices inside.

They Can Harm Crops

Stink bugs were introduced to our area relatively recently. Scientists guess it was sometime in the 1990’s. Their introduction was accidental, and it is theorized the pest came over on a ship from Asia and landed in a port in Allentown. When a new species, like the stink bug, shows up, the biggest problem is often control because there aren’t always natural predators that help keep reproduction in-check.

In 2010, the pest caused severe losses in some apple and peach orchards. They have also been found feeding on blackberry, sweet corn, field corn, and soybeans. In other areas, they have been observed damaging tomatoes, lima beans, and green peppers.

Keep Stink Bugs Away with ExtermPRO.

Part of our stink bug control maintenance service includes checking for cracks, gaps, and other ways pests can enter your home. Call us today at 571-620-1168.