A New Spider is Coming to Virginia 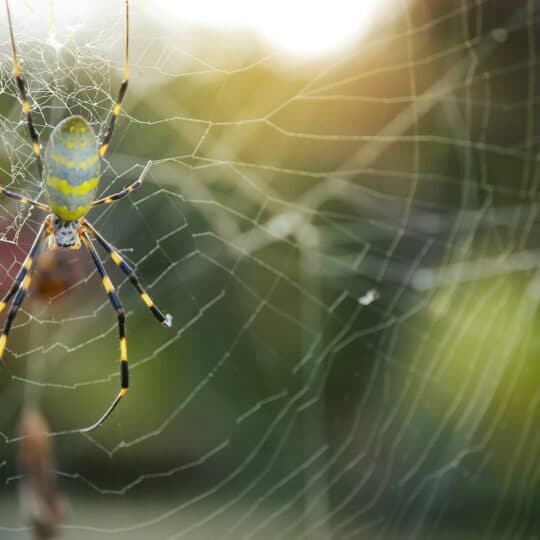 Scientists recently released some bad news for those with arachnophobia in Virginia. The Joro spider, a large spider about the size of an adult’s palm, is spreading north along the east coast and is likely to reach Virginia as soon as this spring. Throughout the next few years, you should expect to see many Joro spiders.

While the size of this spider sounds like a problem on its own, here are some more details on how to recognize this spider, its behavior, and what you should do if you see one in your home or yard.

Getting Familiar with the Joro Spider

The Joro spider originates from Japan, China, and Taiwan, and came over to America in 2013, likely hitching a ride in a shipping container. For the last few years, these spiders have been living in Georgia and South Carolina, but the Joro spider has several characteristics that enable it to move into northern climates. These are some of the main features of this spider:

These features make it likely that Joro spiders will move northward as they look for additional habitat and move with the breeze.

What to Do If You See Joro Spiders this Spring

Fortunately, there is no need to worry about the spiders in your area. Despite their somewhat intimidating look, the Joro spider is not venomous for people. It is also not naturally aggressive, and will only bite if it feels threatened. If you see a Joro spider outside, it is best to leave it alone. For spiders inside, you can gently trap them with a bowl and piece of paper and release them outside.

Joro spiders will be particularly good in helping with pest control around your home. At their size, they can catch many of the large and more harmful pests in greater quantities. They also eat brown marmorated stink bugs, another invasive species which other spiders avoid.

Although pest experts expect Joro spiders to become numerous in the next few years, multiple spiders inside your home can be a problem since this means you have enough bugs on your property to sustain a large number of spiders. Any notable increase in the number of spiders around your home, whether they are Joro spiders or another species, is a good reason to schedule a pest inspection from ExtermPRO, a local pest control company in Virginia. We can identify any insect infestations that are attracting spiders and take the right steps to remove them.

We also understand if your primary goal is simply to get rid of spiders since the Joro spider will still be startling, even if it is harmless. We offer ongoing spider control services to target spider populations and keep them out of your home. Contact us today to take action against Joro spiders before they arrive in Virginia.