What You Should Know About Stink Bugs

Facts About These Pesky Pests 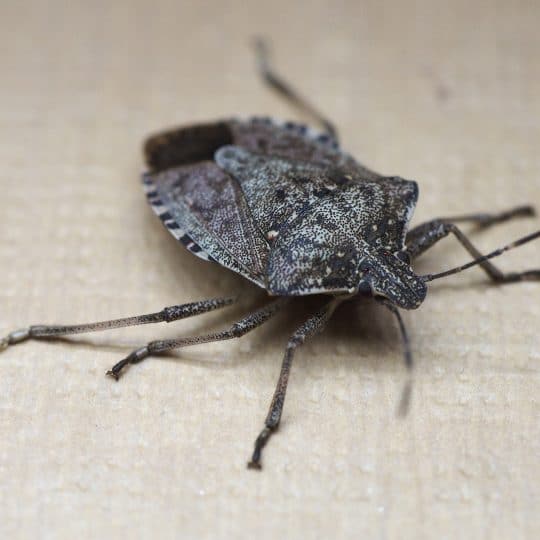 Now that it’s fall, you might start noticing more stink bug activity. This pest is most active in autumn as the temperatures begin to cool. You surely recognize this familiar pest, but there is much more you should know about stink bugs. Read on to learn facts about these pesky bugs.

What You Should Know About Stink Bugs

This bug has a distinct shield-like shape. It is a mottled grayish-brown color and has six legs. Stink bugs have straight antennae with light brown bands.

Where They Come From

They haven’t always been in the United States; they were introduced to the Allentown, PA area in 1998 by accident and have since traveled around the United States—including heading to our area of northern Virginia.

To humans, at least. Crops aren’t as lucky because they munch through to get to the nutritious juice inside. People are lucky because stink bugs mouths’ aren’t structured in a way that enables them to pierce, sting, or bite through human skin.

Stink bugs smell because they are stressed out! Think of this smell like a skunk spraying. When the stink bug feels threatened, it releases an unpleasant and pungent smell from glands located on the abdomen.

They Have Some Natural Predators in the US

Even though they are relatively recent arrivals in the United States, they do have some natural predators to fear including:

ExtermPRO Knows All About Stink Bugs.

Part of our stink bug control maintenance service includes checking for cracks, gaps, and other ways pests like stink bugs can enter your home. Contact ExtermPRO, your local pest professionals to keep pests from calling your home their own. Call us today at 571-620-1168 for a free quote and to schedule a service.