Spiders to Watch Out for In Northern Virginia 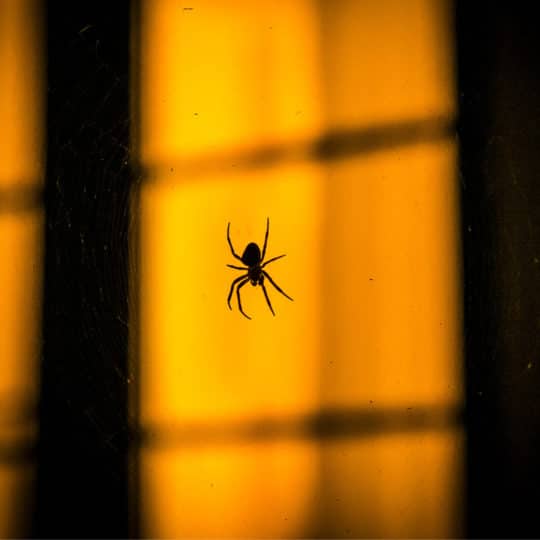 Many people are afraid of spiders. It is the second most common phobia, just below “fear of heights” but most common than fear of flying. It is also a largely irrational fear. Northern Virginia is home to over 50 different species of spiders. Of all of these, only 2 carry any risk for people, and only in rare situations. These are some of the most common local spiders and strategies for separating the harmful from the harmless.

Many spiders can bite, and some can cause bites that itch or feel similar to a bee sting. But there are only two potentially harmful spiders in our area. These are:

These spiders are not aggressive, and will only bite if they feel threatened. The bites are also near-painless. However, over time, the bite site will develop a painful sore and can cause cramping, nausea, and sweating soon after. Generally, the bites heal on their own after a few days. However, some people have stronger reactions. Brown recluse bites can cause necrosis (cell death) around the bite area, and black widows have venom that contains a powerful neurotoxin but is unlikely to cause significant danger to anyone in good health. In fact, no one has died from a black widow bite since 1983.

Harmless Spiders in Your Home and Yard

The remaining spider species are useful for eating the insects we do not want on our properties, like flies and mosquitoes. Some still have the ability to bite, but will cause no more than a small red bump that quickly goes away.

The three harmless spiders you are mostly likely to see inside your home include:

There are many other spiders that may live outdoors but are never seen inside of a person’s home. The majority of spiders you come across can be safely killed with a tissue, moved outside, or even left alone to continue eating other pests on your property.

Why Spiders Are a Problem

Spiders themselves are harmless. But that doesn’t mean that we want them in our homes. Not only is sharing a space with a pest “gross,” even without a fear of spiders, but if you have noticed an increase in spiders inside your property, that may also be a warning sign that there are many other pests present. Spiders come seeking out food, and stay when they’re able to find it.

At ExtermPRO, our bi-monthly and quarterly pest control services provide year round management of spiders and the pests that attract them, as well as one time services for those dealing with an immediate problem. Learn more about our services in the Gainesville, VA area by calling our team today.