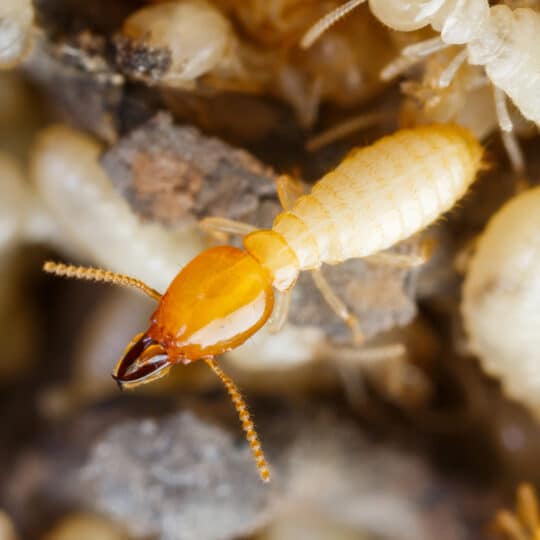 Termites are well known for their voracious appetite when it comes to the wood around homes. You may already also know that termites in Virginia are subterranean termites that predominantly live underground and are drawn to moisture.

But termites are fascinating insects. Whether you want to get to know more about the wood destroying insects that threaten your home or have a general interest in how termites live and act, here are 10 interesting facts about these bugs that make them both more interesting and frightening:

Termites have been around for approximately 130 million years.

This was the same time that flowering plants first appeared, and more than 129 million years before the first modern humans evolved.

They are closely related to cockroaches.

Because of their similar appearance to ants, and the fact that they destroy wood like carpenter ants, some people mistake termites for a close relationship to ants. But the ancestor they separated from millions of years ago was the termite.

Termites can eat the equivalent of a 2×4 plank in 5 months.

A termite colony containing 60,000 insects will consume the same amount of wood that you would find in a wood beam measuring 1.5 inches thick by 3.5 inches wide by 96 inches long in about 5 months depending on the temperature. That may not sound like a lot, until you realize that they eat that amount in small doses, spread throughout a structure.

Termites get their nutrients from cellulose, a natural substance in trees and plants. This makes wood a good food source, but the termites can also eat paper, gypsum in sheetrock, cardboard, fabric, and other natural materials.

In some parts of the world, termites are a food.

Eating termites provides valuable protein, amino acids, and calories, making them a good source of nutrients in parts of the world where food is scarce. Other people will eat them for the taste, and they are usually toasted or fried and seasoned with salt.

The termites that make tunnels and feed on wood are completely blind. Because they spend the entirety of their lives in the darkness of their wood tunnels or underground, they are never exposed to sunlight.

Termites have more than 100 bacteria in their stomachs.

All animals have bacteria that help them digest food. Each termite has more than 100 species to help them break down cellulose and turn it into energy.

While workers and soldiers in a termite colony will only live 1 or 2 years, the queen, who is responsible for the majority of colony growth, can live more than 15 years as long as conditions are right and you do not get any termite control services. The longest living queens have lived 50 years.

All of the world’s termites emit 150 million pounds of methane gas a year.

Methane is one of the gases that contributes to global warming, and is commonly released through coal production, natural gas production, and agriculture. Cows produce 200 billion pounds every year, so the amount of methane gas from termites is relatively small but not insignificant.

The only state termites don’t live in is Alaska.

If you own a home in Alaska, cooler temperatures year round mean you probably do not have to worry about termites who thrive in tropical climates. But all other states regularly have infestations, particularly in warmer and more humid climates.

Of course no matter how fascinating they may be, termites are best observed from afar and are never a pest that you want near your home. The amount of damage they can cause can be costly, and removing them gets harder the more they are able to spread. Regular termite inspections or calling ExtermPRO as soon as you suspect termites can help you prevent damage. Contact us today to find out more.